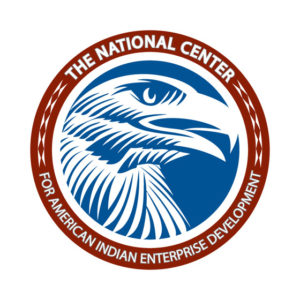 “The National Center and the work we do would not be possible without the entrepreneurs, advocates, and corporate leaders who work every day to advance our economic interests,” said Chris James, President and CEO of the National Center. “The 2018 INPRO class is an impressive and deserving group that spans Indian Country, as well as those who work tirelessly on our behalf. We are thrilled to honor these winners and their achievements and look forward to their continued contributions to the Native American and Alaska Native community.”

Tribal Gaming Visionary Award: Leonard Forsman, Chairman of the Suquamish Tribe; Suquamish, WA. This award is in recognition of leadership demonstrated in the tribal gaming sector and efforts to advance opportunity for American Indian owned businesses.

Volunteer of The Year: The American Indian Business Association (AIBA) at The University of New Mexico; Albuquerque, NM This award is in recognition of the significant amount of time, energy and resources devoted by an individual to the advancement of the National Center and its mission of advancing the American Indian and Tribal business sectors.

Corporate Advocate of The Year: Nike, Inc. (N7 Program); Accepting on behalf of N7 was the program’s general manager, Sam McCracken. Beaverton, OR. This award recognizes the leadership team of a Corporation for demonstrating a sincere commitment to growing business opportunities for American Indian and Alaska Native owned companies and thusly, bettering the economy of Indian Country for future generations to come.

Small Business Empowerment Award: Ivan Sorbel; Executive Director of the Pine Ridge Area Chamber of Commerce and President of the South Dakota Governor’s Tourism Advisory Board, Cheyenne River Sioux Tribe. Kyle, SD. This award is in recognition of leadership demonstrated in the business community and in acknowledgement of dedication to improving opportunity for American Indian owned businesses in the recipients community and across Indian Country.

American Indian Business of The Year: Tocabe Restaurant; Awarded to owner Ben Jacobs, Osage Nation. Denver, CO. This award is in acknowledgement of the success of an American Indian or tribal Nation owned business and its demonstration of excellent corporate citizenship.

Congressional Achievement Award: Congresswoman Norma Torres, D-CA. This award is in recognition of outstanding leadership by a member of the United States Congress and in appreciation that member’s support of American Indian business and economic development endeavors of tribal communities, Alaska Native villages and American Indian and Alaska Native entrepreneurs.

For highlights of RES 2018, or to learn about RES 2019, which is moving to Paris Las Vegas Hotel & Casino, please visit The National Center’s website.

About The National Center: The National Center for American Indian Enterprise Development is a 501(c)(3) non-profit organization. With over 40 years of assisting American Indian Tribes and their enterprises with business and economic development – we have evolved into the largest national Indian specific business organization in the nation. Our motto is: “We Mean Business For Indian Country” as we are actively engaged in helping Tribal Nations and Native business people realize their business goals and are dedicated to putting the whole of Indian Country to work to better the lives of American Indian people- both now… and for generations to come.