The Strength of Our Mothers

It’s that day again – the day dedicated to honoring the mothers in our lives who have nurtured and cared for us. Those whose bodies we passed through to enter this plane, each of us. Not one of us journeyed any other way to get here!

There may be many ways that conception occurs, but the fact remains that the wombs and bodies of our women/mothers are the cosmic realm on Earth where our journeys begin. With this undeniable, wonderstruck reality, we must ask: how did we come to this time in history where women are dehumanized, violated, regulated and abused? A devastating reality, that 1 in 3 Native women will experience sexual assault/rape in their lifetime. Where there are over 5,600 missing and murdered Indigenous women. How have our communities gone from core values of centering women, respecting the bearer of generations and treating women/mothers as sacred, to unprecedented levels of violence perpetrated against our minds, hearts, bodies and spirits?

Tewa Women United (TWU), the organization I lead, has been grappling with these questions as we sought to create courageous spaces for women to uncover the strength, skill and knowledge they possess to become positive forces for social change in their families and communities. How do we reclaim the core values that will transform the matrix of oppression and power, from a mindset of domination over, to a fluidity of power that is centered on mutuality and interconnectedness? Is it top-down or bottom-up strategy?

For TWU, it is “both/and” approaches, which are informed and grounded in the understanding of historical, intergenerational and individual complex traumas, while building upon the strengths of our women/mothers. It is a struggle for us as women/mothers to maintain self and individual integrity within multiple relations – such as those of child/mother, sister/daughter/aunt/grandmother, friend/lover/partner, employer/employee, boss/support staff, and many more.

The complexity of the balance our women/mothers must struggle with to nurture and guide us to learn the rules, to follow the rules, to challenge the rules and also to break the rules. To show us how to be independent, believe in the power of our voice, yet to be mindful and responsible to the whole. To suffer incredible losses and still find the courage to get up every day with renewed determination. To hold on and yet let go. To allow us to fail and to show that it is not as horrible as we think, for failure is a chance to learn what we might do differently.

I was reflecting on the strength of the women/mothers in Peru that are building organizations like ANFASEP, The National Association of Relatives of the Kidnapped, Detained and Disappeared of Peru, established in 1983, with the purpose of bringing together people who had been drastically affected by political violence, a large percentage of whom are Quechua-speaking women/mothers from rural areas (http://anfasep.org.pe/anfasep/). TWU had the honor of hosting Adelina Garcia Mendoza, a founding member and former president of ANFASEP; Wari Zárate Gutiérrez, an Indigenous artist and educator specializing in the use of art in personal and community healing.  During Peru’s Internal Armed Conflict he taught art classes for the war orphans of ANFASEP; and, Rosalía Tineo Torres, a third-generation ceramic artist in Ayacucho, Peru. Together, they raise awareness through art of the 70,000 people who disappeared from their communities, taken in the middle of the night by armed individuals, never to be heard from again. Women/mothers like Adelina are raising their children alone because her husband is among the 70,000 disappeared and the 15,000 whom no one has any idea where they are or what happened to them. With this reality they find the strength and courage to continue. To develop programs to help those left behind to work through the grief, anger, fear and loss. To use their artistry gifts to bring attention to the injustices their families and communities face. Traveling beyond the borders of their homelands to place a few squares of Chalina de la Esperanza, a kilometer long, at the International Center of the Red Cross in Geneva. So, that “it does not repeat itself.”

I think of the women/mothers of Black Lives Matter who are organizing and mobilizing as their children are being murdered in the streets for being Black. The strength of these women/mothers to confront systemic racism inherent within the legal framework of this country is powerful. Their courage to speak truths against a criminal justice system meant to keep slaves in line and uphold the rights of slave owners. These Black women/mothers do this despite the retaliation and intimidation that is directed at them to fall back in line.

I think of my mother and my sister, my aunts, my grandmothers, the lineage of women/mothers that I come from, whom – despite the tactics of genocide, rape/sexual assault, and countless laws and policy that were meant to erase our very existence from our homelands — have persisted. The love they carried forward for our Mother Earth and all her relations. The songs and languages they continued to speak even as their tongues were cut. The strong, brilliant, loving, nurturing children they bore and raised even in the harshest of conditions, and that we continue.

On this Mother’s Day and every day, I give thanks and blessings to Mother Earth and all the women/mothers who give and gave of themselves so that ALL of us can become the loving, caring, strong-hearted peoples we are dreamt to be.  Kuundah woha, Wan Woe Povi and P’o ââ Povi – you are my heart, Nabi pinhaa.

This blog and others are indexed on the First Nations website at www.firstnations.org/Stories 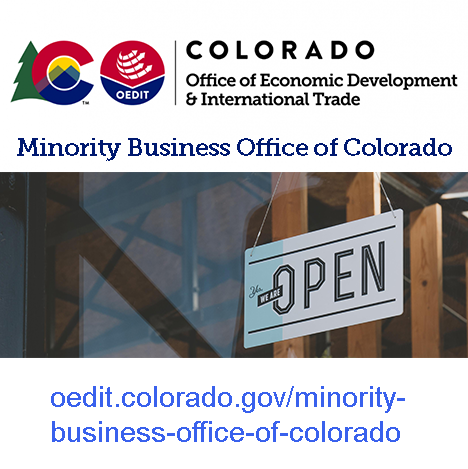